If you are looking for a holiday destination that offers a blend of relaxation, recreation as well as a wide variety of things to keep you busy then the "Nocky Mountain" region will suit you perfectly.

Discover the stunning landscape during a hike in the Nockberge national park, have fun cruising the slopes of the ski resorts Turracher Höhe and Falkert.
The thermal spas of Bad Kleinkirchheim are accessible within a few minutes' drive and also some of the most beautiful Carinthian lakes are nearby such as Millstätter See, Ossiacher See and Wörthersee!

Cozy private rooms, beautiful holiday homes, self-catering apartments, budget to 5-star hotels, Kinderhotels (children hotels) or farm holidays – whatever your accommodation preference, the region around Ebene Reichenau has it and your hosts will ensure that your stay is most memorable!

Ebene Reichenau is the small village with around 450 inhabitants at the foothills of the Turracher Höhe and starting point of the Nockalmstrasse road. The village’s central location allows visitors to reach all recreational opportunities easily in both winter and in summer.

In the village of Ebene Reichenau you’ll find a small supermarket, a gas station, an elementary school, a bank with ATM, an inn and a café.

The village of Patergassen with a population of around 350 people, lies 6 km south of Ebene Reichenau. The neighbouring community of Bad Kleinkirchheim with its thermal spas Römerbad and Kathreintherme are within easy reach. So is Falkert, a popular winter and summer mountain recreation destination for the people from around the area.

The village of Patergassen offers a wide range of amenities including:
Billa supermarket, post office, sports and electrical appliance shop, bakery, hairdresser, two banks with ATM, a gas station and a police station.

There is a disco and a protestant church in Wiedweg. Our practitioner Dr. Gassler has his medical practice in Vorwald, phone 297

Choose among a variety of lodging options around Patergassen, including private rooms, guesthouses, apartments or holidays at a farm. A special offer is guaranteed by the “Nockalmnester” group

Wiedweg, situated at the southeastern edge of Reichenau municipality, has around 120 inhabitants.
From here it’s only a short drive to the thermal spas in Bad Kleinkirchheim or to lake Millstättersee.

Cycle and walking path to Patergassen and Bad Kleinkirchheim. Falkertsee mountain with Heidialm adventure park is very popular among the locals and provides an excellent base from which to set off to explore the area on walking and hiking tours.

Falkert is a real insider tip for family holidays winter and summer alike.

Holidays amidst mountain pastures where cows wander and marmots whistle! Visit the Heidi Alm adventure pasture with Heidi figures and tales or set off for pleasurable hikes through the bordering Nockberge national park.

Enjoy skiing holidays in a resort entirely geared towards family fun. The ski area is of manageable size with runs for all levels and abilities including a variety of off-piste routes, ski touring options and a high-altitude cross-country track for those who prefer Nordic skiing. A total of 2 ski lifts where queues are virtually unknown allow families with children relaxed skiing pleasures. Situated at an altitude between 1,720 and 2,300 m and equipped with modern snow-making facilities, a reliable snow coverage is assured in the resort throughout the winter season!

Located at a high plateau with three mountain lakes (Turracher See, Grünsee and Schwarzsee), the village of Turracher Höhe is home to Austria’s largest continuous stone pine forest and framed by the gently rolling, yet impressive peaks of the Nockberge mountains. The idyllic natural jewel on the border between the provinces of Carinthia and Styria at 1,763 metres above sea level is a little Alpine world in itself with exceptional assets and amazing scenery that appeal to all kinds of visitors, from mountain enthusiasts and nature lovers to those seeking an active break or simply a chance to relax.

Let your holiday dreams come true and choose from a wide range of selected alpine huts or exclusive hotels. Whether you prefer a quaint self-catering hut or a comfortable holiday apartment, a welcoming B&B or a room in one of Turracherhöhe’s top hotels, you are sure to find the accommodation best suited for you.

Situated between Hochrindl and Turracherhöhe, the tranquil little village of Sankt Lorenzen provides an excellent base for hiking tours into the surrounding regions. If you are looking for a particular quiet place to regenerate and unwind – St.Lorenzen, only 6 km from Ebene Reichenau is the place to be.

Place of pilgrimage: the annual pilgrimage from Ebene Reichenau to St. Anna church in St.Lorenzen takes place on 15 August followed by a folkloristic outdoor festival with music and a traditional wrestling competition.

Falkert – the ski hit for the entire family!

The Nockberge region provides the perfect hiking terrain even for less adept mountaineers.

The gentle, soft rounded peaks of this region neither really challenge one’s surefootedness nor experience. However, the summits at up to 2,400 m above sea level provide unforgettable panoramic views from the Nockberge mountains as far as the Tauern and Karawanken mountain range.
Higher located villages and the Nockalm road enable short ascends up into the fascinating world of the Nockberge national park.

From the starting point Heidi-Hotel take the steep climb to the Falkert summit or follow the easier path leading over the Hundsfeldscharte to the summit (2,308 m). Hike back over Falkertscharte and Sonntagstal valley to lake Falkertsee.

Starting from the Kärntnerhaus inn take hike trail no. 1 to the Schweinbichel, then descend (note: don’t miss the well-marked fork) to hike trail no. 3 left to Ebene Reichenau (right to Patergassen).

From the Heidi_Hotel Falkertsee to the Hundsfeldscharte, follow hike trail no. 109 to Steinnock (2,197m) and Klommnock (2,331m), down to the Schiestelscharte where the Glockenhütte hut offers a hearty snack. Behind the hut you’ll find the legendary “Wishing Bell”. From there you can organize a shuttle back or hike back (hike down to Prießhütte hut and from there accord. to hike suggestion Falkertsee Prießhütte home).

Instead of descending to Klommnock leading to Schiestelscharte, you can also continue to Malnock (2,222m), from there down to the Unterstandhütte hut, on to the Erlacherhütte hut where you could stay overnight (1,636m). Tel. 04246/4460.

From starting point Karlhütte to Sonntagstal valley over Falkertscharte and Schwarzkofel continuing down on hike trail 109. Take hike trail no. 1 right to the wine tavern Buschenschank Matl to the game enclosure and the mill. End is Bad Kleinkirchheim.

Walking and loop trails in winter

Set off to an idyllic walk along the shores of lake Turrachersee or enjoy the fantastic winter scenery on the lake with a sledge or on the ice-skating rink.

From the starting point hotel Hochschober head towards lake Grünsee, continue along the lake and then turn left to a short stretch upwards on trail No. 127 to Maizeithütte hut with a view over lake Turrachersee. After a short break you might continue the hike along the eastern shore of lake Turrachersee or to the Schwarzseehütte hut at lake Schwarzsee: again a short ascend, follow a short stretch along the ski piste before crossing it, then take the trail on the left to Schwarzseehütte hut.

Turracherhöhe with starting point Kornockbahn base station, cross the street to Wildkopf lift, follow the cross-country tracks on the left into direction Turrach lift/lake Schwarzsee (please watch out for skiers that might pass), continue along the tracks to Schwarzseehütte hut, from there down the valley to Maizeitalm hut to lake Turrachersee and starting point Kornockbahn.

The circular trails to the three mountain lakes

are popular destinations in both winter and in summer. The western lakeside promenade of lake Turrachersee has been redesigned in order to enable everyone to feel the clear water. Walking tour, family-friendly and accessible for prams.

Turracherhöhe – ride uphill with the Kornockbahn six-seater chair lift – descent from Kornock on the right to Panoramahütte hut – from there the option to ride down with the toboggan run into the valley.

Along the western shore into the direction Styria, turn right after the wooden bridge and continue on the path to the left, follow trail No.127 with ascent to lake Schwarzsee on the right through the pine forest to the Schwarzseehütte hut. From there continue the trail No 127 to lake Grünsee and back to lake Turrachersee.

Addresses of chalets and mountain huts in the surrounding

he Nockberge National Park is located in the south of Austria, in the Province of Carinthia. It extends as far as the Lieser valley and along an imaginary line from Eisentratten to Radenthein in the west, from Bad Kleinkirchheim to Patergassen in the south, from Patergassen via Ebene Reichenau to the Turracherhöhe, and then along the provincial border to Innerkrems in the north. The National Park boundaries predominantly follow the lower tree line (buffer zone); the settled area lies beyond it (National Park Region). The Nockberge National Park extends over four municipalities: Bad Kleinkirchheim, Krems in Kärnten, Radenthein and Reichenau.

From National Park to Biosphere Park

The National Park came into being on 1st January 1987. Since 2004 we have been working on remodelling it as a ‘Biosphere Park’, which will accommodate the needs and the actual circumstances of the Nockberge mountains in the best possible way. Its division into ‘nature’, ‘cultivation’ and ‘development’ zones will make it easier to fulfil the aims and objectives of farmers and cultivators. The concept of a Nockberge Biosphere Park has been developed in consultation with the key regional stakeholders: the Chamber for Agriculture and Forestry and the Nockberge National Park Authority. It represents a modern contractual model of nature conservation. 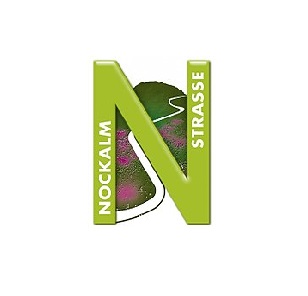 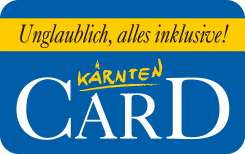 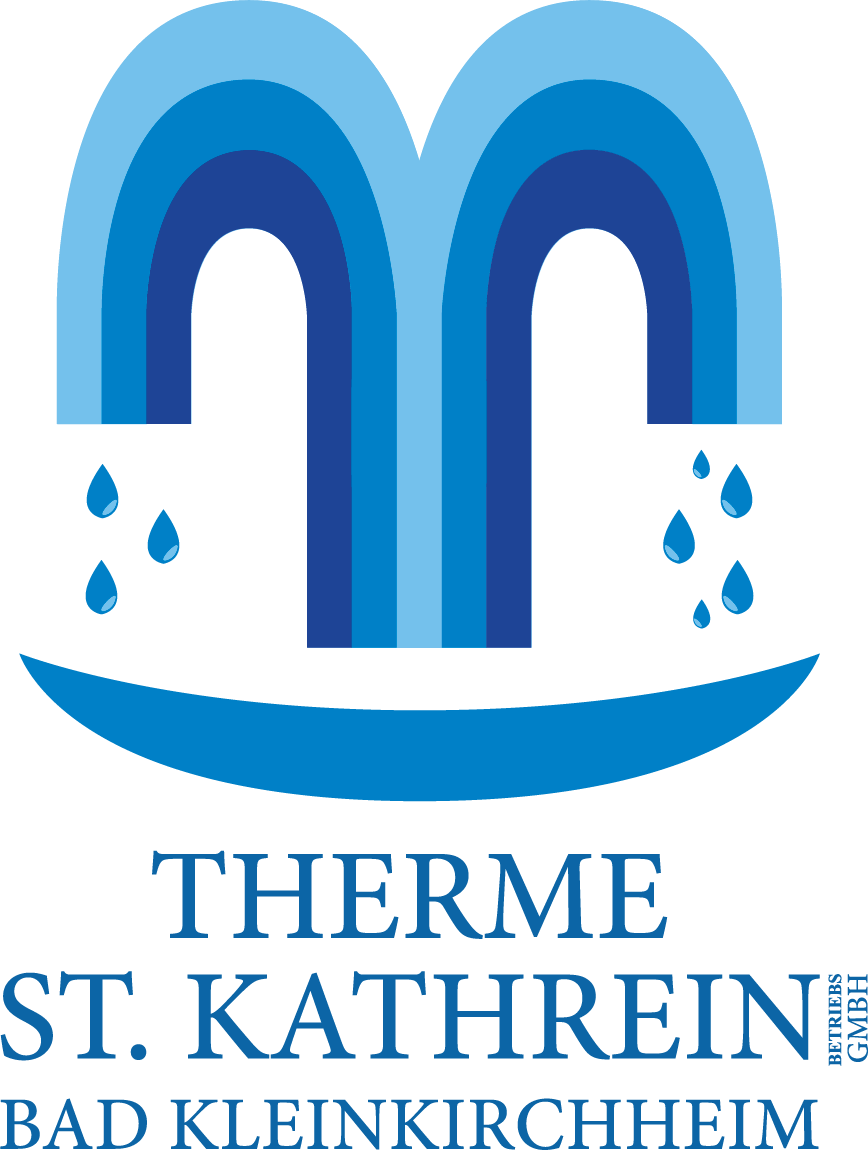 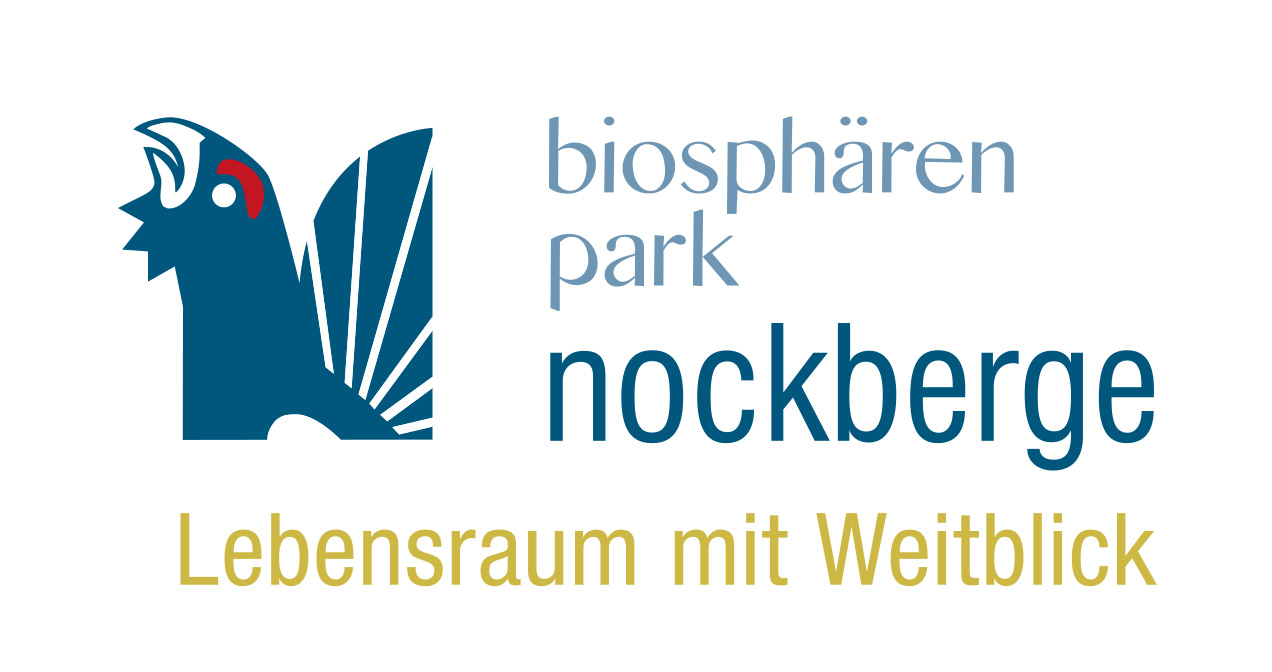